GHOST in the SHELL - New Movie 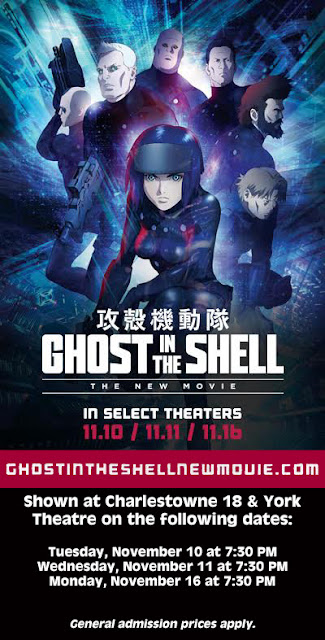 G H O S T   I N   T H E   S H E L L
Set after the events of Arise, the film involves the assassination of the Prime Minister of Japan which is publicly described as the "greatest event since the war". It is up to Public Security Section 9, led by Major Motoko Kusanagi, to discover the true nature of the murder. They are aided by the Prime Minister's son, Osamu Fujimoto.
Posted by anim8trix at 12:00 AM

Email ThisBlogThis!Share to TwitterShare to FacebookShare to Pinterest
Labels: anime, ghost in the shell, gits, movie