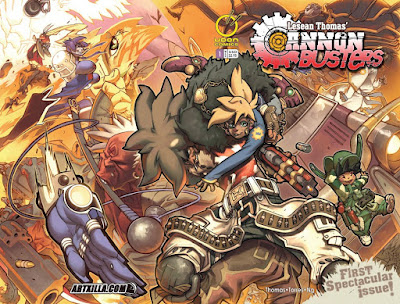 C A N O N   B U S T E R S
[Source: blastr.com] After working on acclaimed animated series like The Boondocks and Legend of Korra, LeSean Thomas has decided to make his own animated series. We have the first look here, and it’s definitely shaping up to be one unique property. 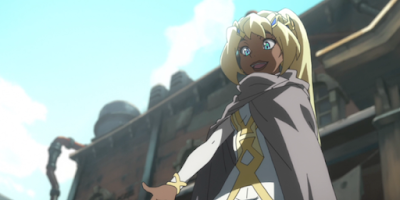 Developed by Thomas, along with Japanese studio Satelight, Cannon Busters is being billed as “The Wizard of Oz meets the Hidden Fortress,” and after seeing the trailer, we’re inclined to agree. The series got its start on Kickstarter, where Thomas raised $150,000 to finance development for a 24-minute pilot episode. Now the teaser for that pilot has been released. 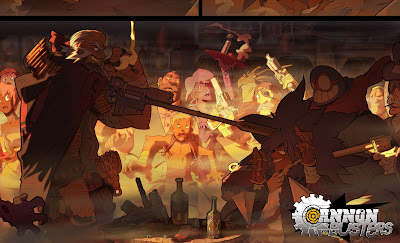 Here’s the show’s official synopsis, which is a trip in the best possible way:
Explore the fantastic land of Gearbolt as we follow a motley crew of travelers on an unforgettable journey to reunite 2 best friends. S.A.M. is a high-end, friendship robot, determined to reunite with her best friend Kelby, the missing heir to her Kingdom under siege. Casey Turnbuckle is an out-dated, spunky greasy-monkey repair robot, looking for an upgrade. Philly the Kid is a wanted, immortal fugitive just looking for a chance to shake them. Along for the ride is the greatest swordsman never known and a suped up, Cadillac Eldorado that transforms into a sentient, giant robot. On their own, they're a lost cause. Together, they're the hippest world travelers this side of 2D animation!

Check out the trailer below:
Posted by anim8trix at 12:00 AM