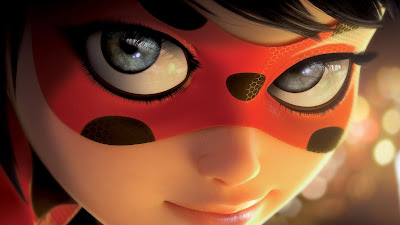 
Set in modern-day Paris, the series focuses on a teenaged junior high school girl named Marinette Dupain-Cheng and her classmate Adrien Agreste. When evil arises in Paris, Marinette becomes Ladybug, while Adrien becomes Cat Noir. However, neither know each other's secret identities: Marinette doesn't realise that Adrien, her crush, is Cat Noir, and Cat Noir doesn't know that Ladybug, his partner and crush, is actually Marinette. Together, they're a crime-fighting duo who protect Paris against the mysterious villain Hawk Moth and his akuma. 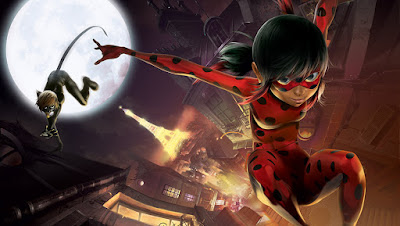 EPISODE 1: Marinette Dupain-Cheng is babysitting a child named Manon when her best friend Alya visits her. Alya tells Marinette that her crush, Adrien Agreste, is having a photoshoot nearby and takes them to see him. Meanwhile, Aurore Borell has just lost to her competitor, Mireille Jattée, to become the next weather forecaster. Infuriated, she becomes influenced by the villain Hawk Moth and turns into 'Stormy Weather', a villain who controls the weather. When Stormy wrecks havoc on Paris and interrupts the photoshoot, Marinette transforms into her secret super-hero persona, 'Ladybug'. At the same time, Adrien transforms into his secret super-hero persona, 'Cat Noir'. Together, they work to defeat Stormy.

EPISODE 10: It's Valentine's Day and love is in the air! After reading a love poem thrown away by Adrien, Marinette comes to the conclusion that the poem is about her, making her ecstatic. Meanwhile one of her classmates, Kim, is planning to ask his crush to be his Valentine. Marinette, in her love-sick daze, encourages Kim to go for it. When Kim sees his crush, he is humiliated and rejected cruelly. Heartbroken, Kim is influenced by Hawk Moth and turns into 'Dark Cupid', a villain whose arrows can replace true love and friendship with pure hate and mean-spiritedness.
Posted by anim8trix at 12:00 AM