With Funimation deal, Sony's PS4 will be a must-have for anime fans 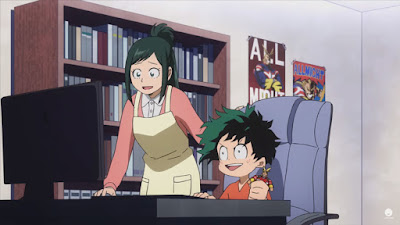 Snatching up the leading localizer of Japanese cartoons finally gives the company clout in the streaming world.
[Source: engadget] Japanese animation has exploded in popularity over the past few years, thanks to increased availability on streaming services like Crunchyroll, Hulu and Amazon. It was popular enough for Funimation, which specializes in translating anime for American audiences, to launch its own service in 2016. It's no surprise that larger media companies came looking for a piece of the pie, with Sony grabbing a 95 percent majority stake in Funimation this week.


For the most part, localization companies like Funimation pay a licensing fee to an anime producer for the rights to a particular title. The company then takes whatever steps it needs to get the show ready for Western distribution, like subtitling or dubbing it in English. In the past distribution mainly meant physical media -- VHS, DVD and Blu-ray -- with a small number of shows even reaching broadcast or cable networks like Toonami and Adult Swim. But the rise in streaming services means that companies can no longer rely on moving product or selling television rights. They also need to push their content on a site like Netflix or Amazon. 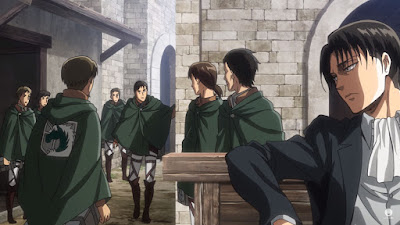 Unfortunately, those services have increasingly been going directly to Japan to source their anime. After all, Funimation and its ilk are essentially middlemen, taking a cut of the potential profit. By making deals with the producers themselves, streaming sites can lower costs and sign more-favorable contracts, including exclusives and longer licensing terms.

With the bigger streamers flexing their muscles and snatching up shows at outrageous prices, niche anime providers like Crunchyroll and Daisuki have struggled to stay afloat. Crunchyroll's parent company recently expanded into other genres with its new service VRV while Daisuki will shut down completely in October. Right now Crunchyroll relies on partnerships like the one it struck for Funimation's catalog, but the deal with Sony could disrupt their mutually beneficial dynamic.


It makes a lot of sense for Funimation to sell out to Sony Pictures Television Networks: The larger company has extensive reach and can put Funimation titles in more places. With more money at its disposal, Funimation also has a better chance of securing hot anime licenses. Popular titles often inspire crazy bidding wars. With Sony's backing, Funimation is now on more-equal footing with other streaming companies.

The sale also puts Funimation in closer contact with Aniplex, Sony's anime division. While the Funimation deal doesn't explicitly involve the production company, there's still the possibility of the two firms working together going forward. Sony executives like CFO Kenichiro Yoshida already have their eyes on leveraging that connection, using Funimation as another distribution vehicle for its content. Anyone who's ever used PlayStation Network has probably noticed how Sony films get prime positions in the PSN store; Funimation's iOS, Android, Windows and Xbox apps are a prime place to promote Sony-owned and -licensed content to gamers outside the PlayStation ecosystem.

In Sony's earnings announcement this week Yoshida referred to Funimation, Aniplex and PlayStation as part of a group, with the PS4 at the center. The PlayStation division is Sony's biggest moneymaker, but it needs strong content to stay that way. Unfortunately, the movie division is still losing cash, and PSN's first original series, Powers, failed after two seasons. Meanwhile Funimation is an entertainment brand that has proved itself over 23 years. It brings not only a fresh infusion of marketable content to the Sony ecosystem but also the tools to sell to a young, tech-savvy audience.
Posted by anim8trix at 12:00 AM