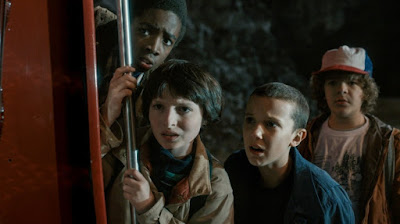 STRANGER THINGS Season 2
[Source: Syfy] Following that killer A Nightmare on Elm Street-inspired Stranger Things poster, now the Netflix series is taking on Ridley Scott’s Alien.
With a tagline that reads “In the Upside Down, no one can hear you scream,” instead of “In space no one can hear you scream,” this latest season 2 poster is an homage to the landmark 1979 sci-fi/horror movie that starred Sigourney Weaver, Tom Skerritt and John Hurt.
Here's the Stranger Things season 2 poster... 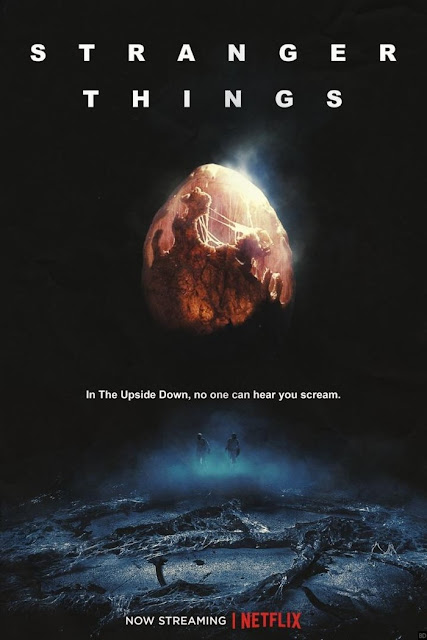 And now, the original poster for Alien: 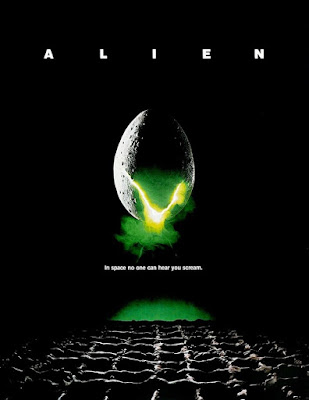 As we all know, the Duffer Brothers’ series is a love letter to the 1980s, and this new poster continues that trend. Stranger Things has also released posters inspired by those from Stand By Me (1986) and The Running Man (1987) — check out the gallery below.

Stranger Things returns on Oct. 27 on Netflix.
Posted by anim8trix at 12:00 AM