Rick and Morty Renewed for 70 Episodes!
[Source: ToonZone] Aw geez! Ooo-wee! Belch! Other catch phrases! Remember when the future of Rick & Morty was up in the air? It’s finally landed, and on the good side. How many obscure fast food sauces will this cartoon be able to advertise with this kind of deal?

For months now, we’ve been told the next season of Rick & Morty has been stalled — that they weren’t even working on it. At first no one knew why, leading to paranoid speculation, but it was clarified that contract negotiations were holding things up. And now we know why the contracts were so important: if you’re going to get locked into an episode deal this massive, it better be a good deal. At least 70 more episodes are now guaranteed to air, more than doubling the current library.

Keep in mind the order is for 70 episodes, but this doesn’t mean the next season is literally going to be 70 episodes long. AS could be planning to quickly farm the next season out to the same factory that made Jayce and the Wheeled Warriors, but we doubt Roiland and Harmon would have signed the contract under those conditions. It’s more likely we’re looking at a multiple-season renewal. 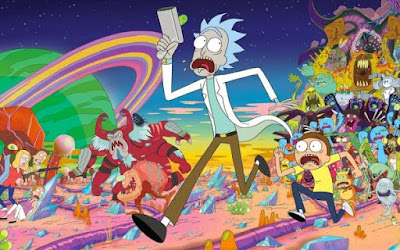