ThunderCats Roar Back into Action!

The ThunderCats are coming back!
[Source: Entertainment Weekly] EW exclusively revealed that Warner Bros. Animation is bringing back the iconic cat-like aliens for new animated series called ThunderCats Roar, which will debut on Cartoon Network in 2019.

Check out an exclusive sneak peak at the show above.

The original ThunderCats show aired from 1985 and 1989, and followed the adventures of Lion-O, Cheetara, Panthro, Tygra, Snarf, and WilyKit and WilyKat, the refugees of the planet Thundera who end up on Third Earth. While ThunderCats Roar plans on staying true to the original’s premise and will feature tons of action, it will also lean into the inherent comedy of the world, too.

“I think the world that they built lends itself really well to comedy because of how silly and crazy and outlandish those ideas are and some of those settings are,” says producer Victor Courtright in the exclusive behind-the-scenes video above. “But at the same time, it wouldn’t be ThunderCats if it didn’t have super cool action elements because that’s what people came back to. It’s very much something that we want to lean on. So with the new show, we’re not walking away from the action in any bit. Every step we take towards comedy, we take two more towards really cool action scenes and explosions and lasers and actions effects.”

Here’s the official logline for the series: “Staying true to the premise of the original series, Lion-O and the ThunderCats — Tygra, Panthro, Cheetara, Wilykat, and Wilykit — barely escape the sudden destruction of their home world, Thundera, only to crash land on the mysterious and exotic planet of Third Earth. Lion-O, the newly appointed Lord of the ThunderCats, attempts to lead the team as they make this planet their new home. A bizarre host of creatures and villains stand in their way, including the evil Mumm-Ra, Third Earth’s wicked ruler who will let nothing, including the ThunderCats, stop his tyrannical reign over the planet.” 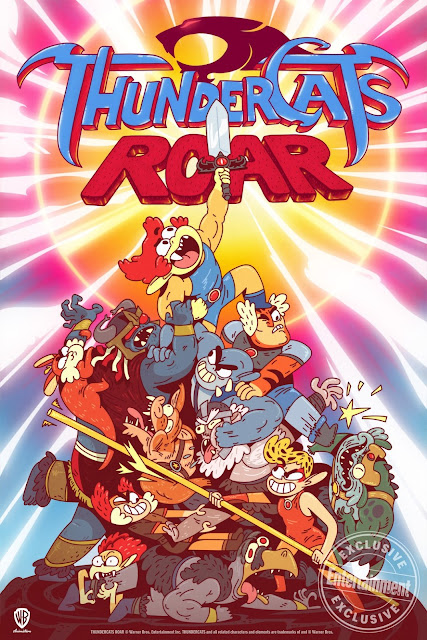