First Look at 'The Dragon Prince' 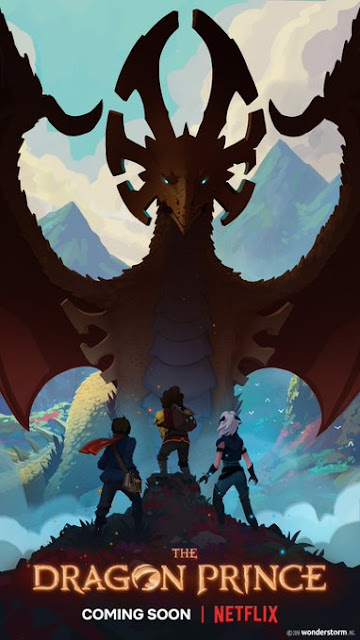 Netflix announced the new project, titled The Dragon Prince, in a tweet describing the show as “a new animated series about two human princes who forge an unlikely bond with the elfin assassin sent to kill them, embarking on an epic quest to bring peace to their warring lands.”

Animator Giancarlo Volpe (Star Wars: The Clone Wars) also shared the news of the “secret show” he’d been working on via Twitter, after getting the official go-ahead from Netflix. He also promised more information about the project when the show’s San Diego Comic-Con panel goes live on July 21.

Though it’s been off the airwaves a full decade since its three-season run ended at Nickelodeon in 2008, Avatar: The Last Airbender spawned an ardent fanbase that continued to gobble up the vividly animated story of a world in which a few telekinetically gifted heroes could “bend” one of the classic elements — earth, water, air, and fire — to their will.

The network followed up with the similarly successful sequel series The Legend of Korra in 2012, in which the titular hero became the successor to Aang, Airbender’s protagonist: the one hero who could manipulate all four elements.

While there’s not much more to go on than the information Netflix revealed in its Twitter announcement, the art style for The Dragon Prince looks right in line with what we’ve seen from Airbender and Korra. The SDCC panel is sure to bring additional details to light, just in time for the show to land at Netflix; included in The Dragon Prince’s official panel announcement is the news that the show will be premiering on the streaming service sometime this September.
Posted by anim8trix at 12:00 AM