360 Google Doodles: Back to the Moon 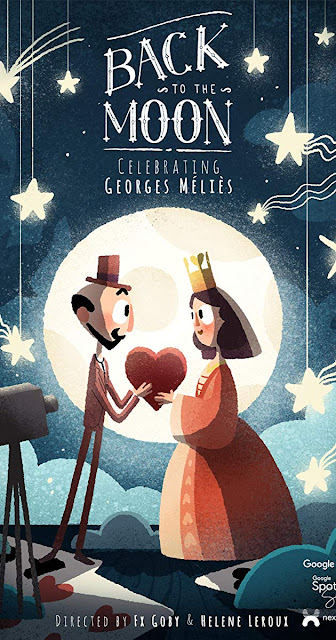 BACK to the MOON
- Shortlisted for the Academy Awards -
“Back to the Moon” is probably a short you’ve seen via Google Doodles. It can also be viewed interactively in 360 degrees via VR if you have the technology to do so. It was created to celebrate the artistry of French illusionist and film director George Méliès whose famous black-and-white movie “A Trip to the Moon” ends with the Moon getting a black eye from a rocketship. The short is a bit difficult to watch on a normal screen because it’s meant to be viewed in 360 degrees. The story follows an illusionist through scenery mixing familiar magic props with film magic as he meets the queen of hearts and an evil alien. The mix of effects is ingenious to watch.
Posted by anim8trix at 12:00 AM