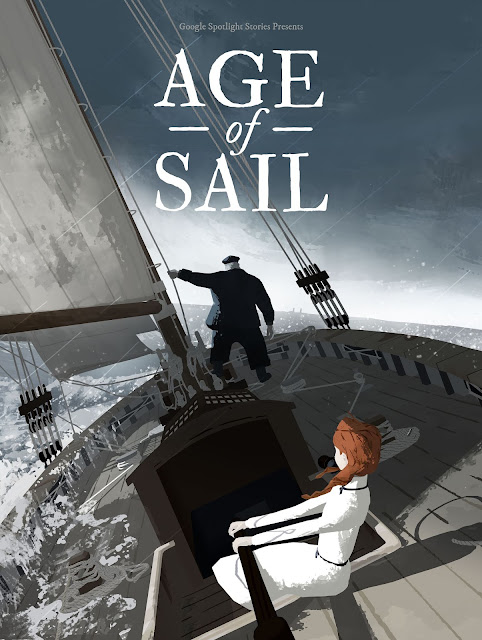 A G E  of  S A I L
- Shortlisted for the Academy Awards -
“Age of Sail” is a short from Google Spotlight Stories about an old sailboat captain who sets himself adrift in the ocean hoping to end his days at sea. However, his are plans derailed when a teenage girl suddenly falls off a passing steamer, forcing him to change his plans after he reluctantly rescues her. The gruff, brash captain is brilliantly voiced by Ian McShane of Lovejoy and Deadwood fame, rattling off sailing jargon with ease. The animation is an odd combination of 2D and 3D CGI where features are drawn on 3D CGI figures mapped onto a 2D plane except for the ocean surrounding the characters. Despite the dark premise of the captain trying to die alone on his last sail across the sea, the story is quite inspirational as the he tries to muster some of his passion from the old days.
Posted by anim8trix at 12:00 AM