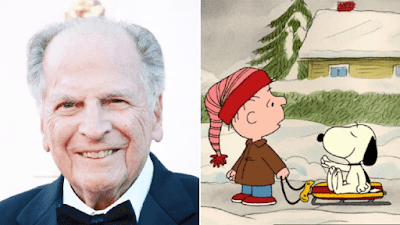 Lee Mendelson
[March 24, 1933 - December 25, 2019]
Executive-producer of 'A Charlie Brown Christmas', dies at age 86
Lee Mendelson, the executive producer behind a multitude of Charlie Brown animated specials, passed away Christmas day in his San Francisco Bay Area home. He was 86.
Mendelson's son Jason confirmed to CNN the cause of death was congestive heart failure after a battle with cancer.

As an executive producer, Mendelson helped bring some of the most famous newspaper comic strips into the animated world. They include Mother Goose and Grimm, Cathy, and Garfield and Friends.

His most well-known work was with Charles Schultz and the Peanuts gang. In 1965, he helped bring their first animated special, A Charlie Brown Christmas, to the small screen. He also co-wrote its classic song “Christmas Time is Here” with Vince Guaraldi.

He also produced another seminal classic, It’s the Great Pumpkin Charlie Brown, and through 2015 spearheaded approximately 50 Peanuts specials and series.

Jason Mendelson told CNN, “We are very sad to lose our wonderful father, but Lee would have said it was serendipitous to pass on Christmas when the song he wrote with Vince Guaraldi is being heard everywhere and the program he created with Charles Schulz and Bill Melendez is being celebrated around the world. "While it was not a great time for us, it was not a bad time for him to pass.”

Mendelson was also given a tribute by the Charles M. Schultz Museum, who tweeted the following on December 27th. 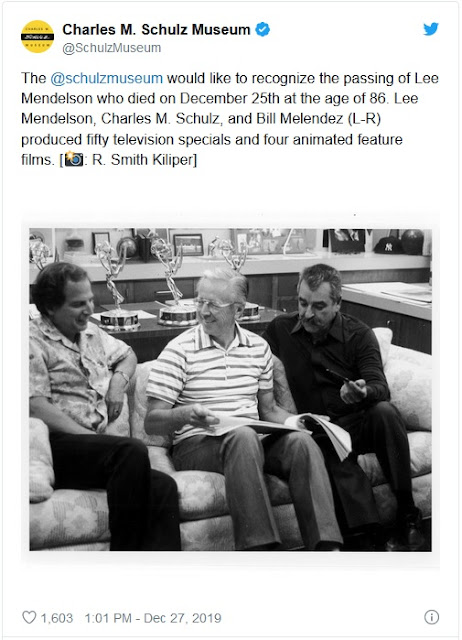 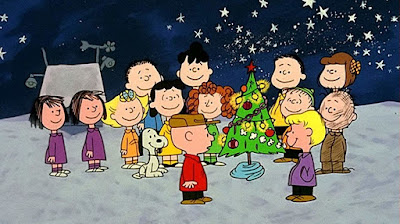