"This is what we think of George's Ideas for the new movies."
- Disney Co. 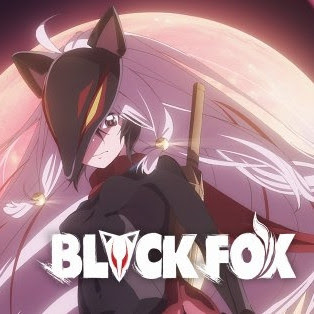 Black Fox [TV Premiere]
Plot Summary: [Source: Wikipedia] Rikka Isuragi is a young girl living at her family home at the edge of Brad City. She is the descendant of ninjas and is expected to follow in the steps of her grandfather, Hyoei Isurugi, However she wants to be like her father, Allen Isurugi, a renowned robot scientist. One day, Rikka returns home from school for her birthday to find it being attacked by a hit squad led by her father's former colleague, Lauren, intent on obtaining his research, including three AI robotic animal drones: Kasumi the eagle, Oboro the dog and Madara the flying squirrel. Hyoei tries to fight back, only to be restrained and mortally wounded by Lauren’s daughter, an esper who is under his control through an electronic collar. Allen is shot and dies, but the drones take Rikka to safety, where she vows to avenge her family.

Six months later, Rikka is now going under the alias "Lily" and is living in a small apartment with her roommate, Melissa. She works as a detective-in-training for Harold Berkeley and uses the animal drones to find information about her family's murderers which are linked to the Gradsheim company. Lily observes one of their facilities, but is caught by security. She is fortunately helped out by a girl named Mia, who vouches for her, and the two become fast friends. That night, Lily infiltrates the facility to retrieve her father's research, but is caught by Lauren and the esper. During the ensuing battle, Lily and Mia’s identities are revealed, but Lauren orders Mia to kill Lily. Mia resists, which causes her to destroy the facility.

The animal drones prevent Lily from killing Mia, and she takes Mia to her apartment where Melissa helps her recuperate. Lauren sends a military drone created using Allen's AI research to kill Lily, but together Lily and Mia lure the drone to Lily’s home, where they disable it using the house's ninja traps. Lauren then attacks them and destroys the house using esper powers gained from his research on Mia. Mia fights him but is defeated, while Lily finds a recording of her father and grandfather, wishing her a happy birthday and giving her a present: a "Black Fox" ninja suit with cybernetic enhancements. Once again embracing her true identity as "Rikka," she dons the suit and defeats Lauren. However, he then puts the electronic control collar on Mia and transfers his powers to her, killing himself in the process, causing her to attack Rikka. In the end, with the help of the animal drones, Rikka manages to destroy the collar and free Mia.

Later, the president of Gradsheim, Brad Ingram, holds a press conference where he denies any involvement in the incident with the military drone, but Rikka recognizes Brad as the mastermind behind the attack on her family. Rikka, now going by the codename "Black Fox", with the aid of Mia, Melissa, and the animal drones, plans to go after him.
Posted by anim8trix at 12:00 AM