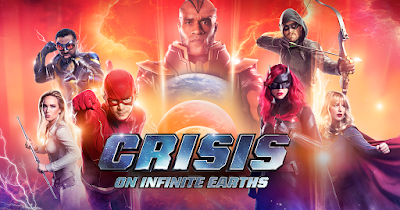 CRISIS ON INFINITE EARTHS
If the CW's "Crisis on Infinite Earths" crossover left you a little confused, don't worry. You're not alone. The good news is that we're here to sort out a few of its more convoluted aspects and explain just what was going on, and why.

Who exactly is the guy who shows up in Purgatory and bestows seemingly unfathomable cosmic powers on Oliver Queen? He identifies himself as Jim Corrigan, the Spectre, but if you haven't had your nose buried in DC Comics for the better part of your life, that probably didn't answer any questions.

Despite being a relatively obscure character, the Spectre is a favorite for this kind of world-shattering event, because he's the literal embodiment of the Wrath of God. He's less of a person and more of a force of nature, a vessel for divine fury with cosmic power even Superman could only imagine. Unfortunately, it turned out that turning God's vengeance into a person without any mitigating force could lead to some abuses of power.

To temper his vengeance and create a new superhero in 1940 the Presence bound the Spectre to Jim Corrigan, a cop who had been killed by criminals, returning him to life as a ghostly superhero. Eventually, Corrigan worked off enough of his sins that he was allowed to move on to his final reward, and the "Spectre Force" was passed down to others. After his death, Green Lantern Hal Jordan was the Spectre for a while, and then Gotham City detective Cris Allen was drafted into the job. It's never been handed off to Oliver Queen in the comics, but the fact that both characters wear costumes built around green hoods makes the shift in wardrobe an easy one.

Most heroes only get one chance to sacrifice their lives to save the world. Oliver Queen got two: once as Green Arrow, fighting to the death against the Anti-Monitor's army of shadows, and then again as the Spectre, seemingly sacrificing his life to end the threat to the multiverse. The Anti-Monitor's death didn't really stick, though, so is Oliver really dead? Keep watching the video to see all the confusing Crisis on Infinite Earths moments explained!
▶ Watch the Video 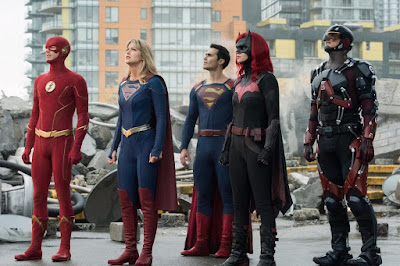