In Remembrance of Satoshi Kon 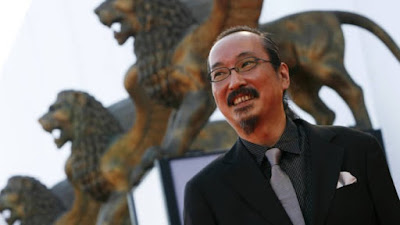 Remembering Satoshi Kon,
one of anime's best-loved creators
[Source: JapanTimes] It has been nearly 10 years since anime director Satoshi Kon died of pancreatic cancer at the age of 46.
Despite the relatively young age at which he died in August 2010, Kon is one of the most-lauded creators of Japanese animation, a director who is often mentioned in the same breath as Hayao Miyazaki and Katsuhiro Otomo. His influence extends beyond Japan: His films have been cited as inspiration for Hollywood hits such as “Black Swan” and “Inception.”

A decade after his untimely death, Kon is set to be posthumously celebrated by the Annie Awards, an annual ceremony in Los Angeles, dedicated to animation. Kon is one of the recipients of this year’s Winsor McCay Award, described as “one of the highest honors given to an individual in the animation industry in recognition for career contributions to the art of animation.” Previous recipients include Mamoru Oshii, Osamu Tezuka, Ralph Bakshi and Walt Disney, to name a few. The award was set to be presented on Jan. 25.
Read the Original Article
Posted by anim8trix at 12:00 AM