Return to the World of Horizon Zero Dawn... 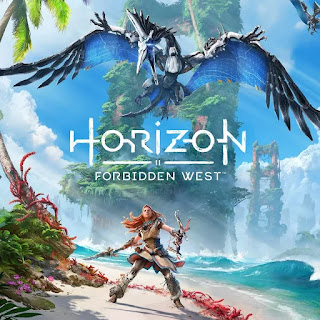 HORIZON II - FORBIDDEN WEST
Horizon Forbidden West is an upcoming action role-playing game developed by Guerrilla Games and published by Sony Interactive Entertainment for the PlayStation 5. It is the sequel to Horizon Zero Dawn (2017), and is played in a post-apocalyptic open world with a third-person perspective. Players control protagonist Aloy, a machine hunter, as she travels to a thirty-first century California ravaged by massive storms and deadly machines. It is set to be released in 2021.
▶ Watch the Trailer
Posted by anim8trix at 12:00 AM