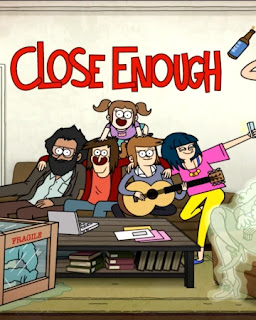 CLOSE ENOUGH
This one’s for Candice! Take a look at the full first episode of Close Enough, from Regular Show creator J.G. Quintel.
"Quilty Pleasures": After Candice fails to turn in a quilt she was supposed to make as a class project, Emily and Josh enlist the help of British street urchins at the local fashion district to make one.
"Open House": Emily enjoys going to open houses to escape from the stress of her life, and forms a fake family with a stressed father and a pre-teen pop star so they can go to open houses for the same reason. However, they wind up trapped inside a sitcom. Meanwhile, Josh buys a family bike.
▶ Watch the First Episode
Cast:
Posted by anim8trix at 12:00 AM