The George Lucas Cut of Rise of Skywalker EXISTS!

The George Lucas Cut is Best
Version of Rise of Skywalker
▶ Watch the Video
There is a civil war going on behind-the-scenes at Disney and Lucasfilm. Kathleen Kennedy's extreme feminist activities may have purposely destroyed the Star Wars franchise. New Star Wars leaks have surfaced regarding the George Lucas cut of Rise of Skywalker, rumors that not only provide new details about this fabled version of Episode IX, but also suggest that Kathleen Kennedy may be about to pay a price for suppressing it. 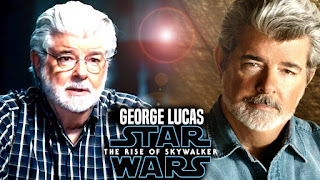