STAR WARS: SQUADRONS
▶ Full Movie Cinematic
Following the destruction of Alderaan, Darth Vader orders all Imperial forces to hunt down any refugees who escaped the planet's destruction. Captain Lindon Javes of the Imperial Navy is tasked by Admiral Rae Sloane to lead Helix Squadron in finding and eliminating a convoy of refugees at Fostar Haven. Despite locating the convoy, Javes turns on his wingmen and disables their ships to protect the refugees. The convoy sends a distress signal to the Rebel Alliance, who dispatches Echo Squadron to assist in the convoy’s escape. After the battle, Javes defects to the Alliance, offering his knowledge of Imperial Fleet protocols to earn their trust.

Four years later, after the Alliance's victory in the Battle of Endor, the newly promoted Commander Javes assumes command of the New Republic cruiser Temperance and its elite fighter squadron, Vanguard Squadron. Assigned to the secret project known as Starhawk, the squadron undertakes missions to ensure Project Starhawk’s completion. It is later revealed that the project is a massive battleship constructed from stolen Star Destroyers and has a powerful tractor beam.

Meanwhile, Imperial Captain Terisa Kerill, Javes' former protégé and wingman, is eager to take vengeance on him for his betrayal and is assigned to put an end to Project Starhawk before its completion. She assigns her own elite fighter squadron, Titan Squadron, to hinder the New Republic’s progress to complete the Starhawk. While Titan Squadron's initial operations are a success, an impulsive Kerill is baited into a trap by Javes which nearly destroys her Star Destroyer, the Overseer. Unwilling to let Javes go, Kerill has her ship resupplied with powerful warheads to damage the Starhawk.

An Imperial assault at the Nadiri Dockyards badly damages the Starhawk, although it manages to escape destruction. In an attempt to defend what’s left of the battleship, Javes personally takes command of Anvil Squadron but is later shot down and presumed dead. The Starhawk itself becomes damaged beyond repair by Titan Squadron, although Vanguard Squadron, now led by General Hera Syndulla, make a last stand and use the remains of Starhawk to destroy an Imperial fleet by ramming it into an unstable moon. The plan is a success and, with the help of a surviving Javes, Vanguard Squadron manages to escape the destructive blast. Both Titan and Vanguard Squadrons are commended for their actions, with the New Republic planning to construct more Starhawk battleships while the Empire makes plans to regain control of the galaxy. 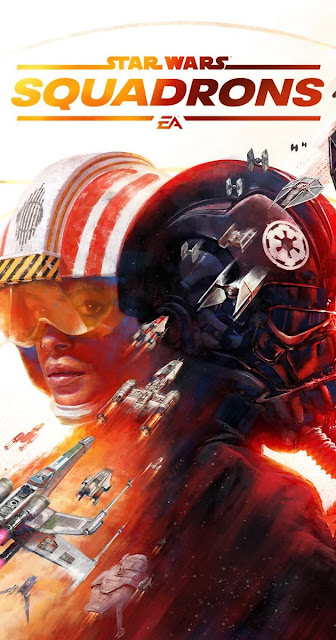