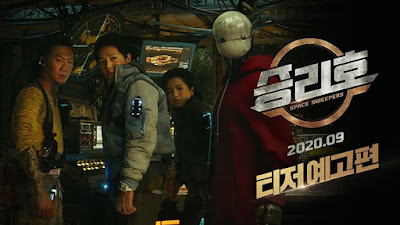 SPACE SWEEPERS
Space Sweepers (Korean: 승리호; RR: Seungriho; lit. Spaceship Victory) is an upcoming South Korean space opera film directed by Jo Sung-hee, starring Song Joong-ki, Kim Tae-ri, Jin Seon-kyu and Yoo Hae-jin. Regarded as the first Korean space blockbuster, it is set to be released on Netflix on February 5, 2021. Set in 2092, Space Sweepers tells the story of a crew on board of The Victory trying to escape the destruction of Earth.
▶ Watch the Trailer
Posted by anim8trix at 12:00 AM