That Time I Got Reincarnated as a Slime Season 2 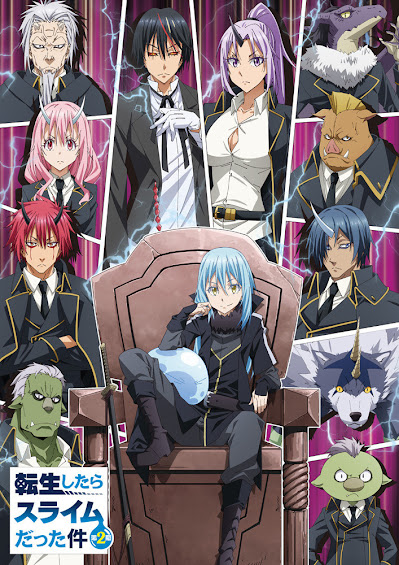 The Chief Knight of the Holy Emperor's Imperial Guard of Holy Empire of Lubelius and the Captain of the Western Holy Church's Crusaders, Hinata Sakaguchi receives a letter from an eastern merchant. In it, she reads about the kingdom of monsters; the Jura Tempest Federation, and its shocking facts. As a former student of Shizu, just what could Hinata be thinking about Rimuru? Here we will look back on Rimuru's story as we enter the new turbulent chapter.
▶ Watch the Trailer
Posted by anim8trix at 12:00 AM