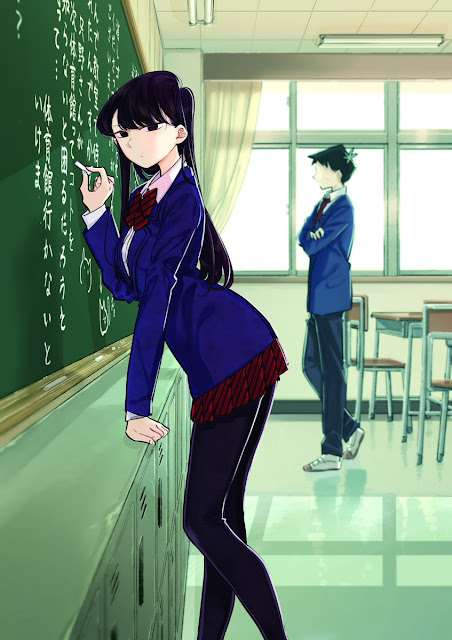 Komi Can't Communicate
Komi Can't Communicate is a Japanese manga series written and illustrated by Tomohito Oda. It has been serialized in Shogakukan's Weekly Shōnen Sunday since May 2016, with its chapters collected in twenty-one tankōbon volumes as of May 2021. An anime television series adaptation is scheduled to air in October 2021.
▶ Watch the Trailer
On her first day attending the elite Itan Private High School, the main setting of the story, Shouko Komi immediately receives an overwhelming surge in popularity due to the unprecedented, stoic beauty and refined elegance her classmates perceive her to possess. However, only Hitohito Tadano, an exceedingly average schoolboy assigned to the seat next to hers, is able to have the opportunity to discover that, behind her bishōjo appearance, Komi has serious issues in communicating with others. Tadano sets out to help Komi on her quest to find 100 friends.
Posted by anim8trix at 12:00 AM