inside job
Have you ever wondered who barely runs the world?
In this workplace comedy set in an shadow government organization Cognito, Inc. in the US, every conspiracy theory is real, with one woman trying to keep their activities out of prying eyes. The series also follows a tech genius and her partner who try to uncover secrets about the world which are "hidden in the shadows," while she works in a place filled with reptilian shapeshifters and psychic mushrooms. 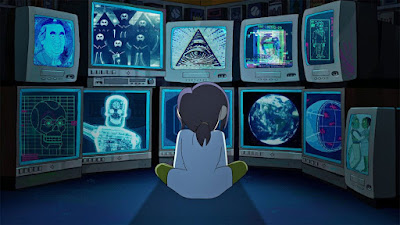 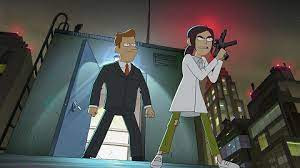 Inside Job is an upcoming adult animated comedy series on Netflix. Shion Takeuchi, formerly a writer for Gravity Falls and Regular Show, is the showrunner, and creator, joined by Alex Hirsch, creator of Gravity Falls, as executive producer. The series is scheduled to premiere on October 22, 2021 on Netflix.
Posted by anim8trix at 12:00 AM