A Wind to Shake the Stars... 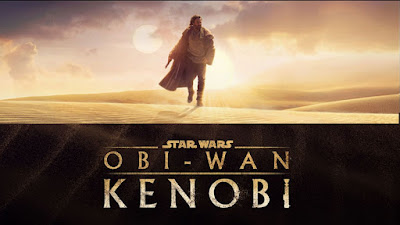 OBI-WAN KENOBI
The Force is back in a new STAR WARS limited series called "Obi-Wan-Kenobi." Ewan McGregor reprises his role as the iconic Jedi knight 17 years after his last appearance in "Star Wars Episode III: Revenge of the Sith."
Watch the new series on Disney+ on May 27, 2022.
▶ Watch the Trailer
Posted by anim8trix at 12:00 AM