A Slice of Life from Real People Living in Japan... 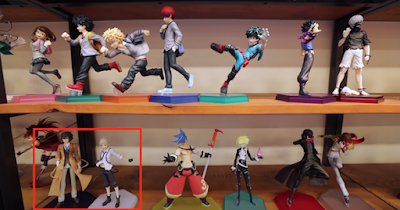 A Day in the Life of a...
Japanese Manga and Anime Figure Sculptor
(at Good Smile Company located in Akihabara Tokyo)
This is a typical Japanese working day at the office at one of the top figure production companies in Japan. Creating all sorts of popular figures like Jujutsu Kaisen, and even Kimetsu no Yaiba! We follow Sho from morning until evening to see what a complete day would be like working at a Japanese figure making company. Sho works in Japan as a Genkeishi, also known as a Figure Sculptor. Sho sculpts his anime figure prototypes by hand using Nendo, in English putty or clay, in his case, a polyester putty. And for his main tools, uses a toothpick to add putty and a sharp q tip to smooth out the surface. Today, he is working on a Nedoroido (Nendoroid) style figure. We also meet and talk to some of the other office workers in the Japanese company and give a full office tour. This is life in Tokyo for a Japanese anime and manga figure sculptor.
▶ Watch the Video
Posted by anim8trix at 12:00 AM