Combine Ecchi Anime & Heavy Metal and you get... 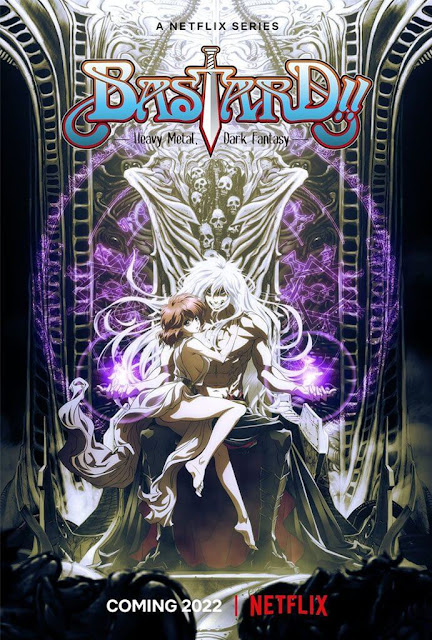 B A S T A R D !!
Babes, Blades, and Blood
The new original net anime of Kazushi Hagiwara's Bastard!! Heavy Metal, Dark Fantasy action manga will be debuted on June 30. Furthermore, this anime take set in the kingdom of Metallicana, which is under attack from the Four Lords of Havoc. This party of villains—ninja master Gara, deadly thunder empress Nei Arshes, cold and calculating Kall-Su, and enigmatic dark priest Abigail—will stop at nothing to get what they want, even if it leaves utter destruction in their wake.
▶ Watch the Trailer
High Priest Geo is desperate to help save the kingdom and its people. He unleashes the mighty wizard Dark Schneider, a man who used to be an ally of the villains. Unfortunately, Dark Schneider has his own plans in mind. Will he stop the Four Lords of Havoc or join them in their conquest of the world?
Posted by anim8trix at 12:00 AM