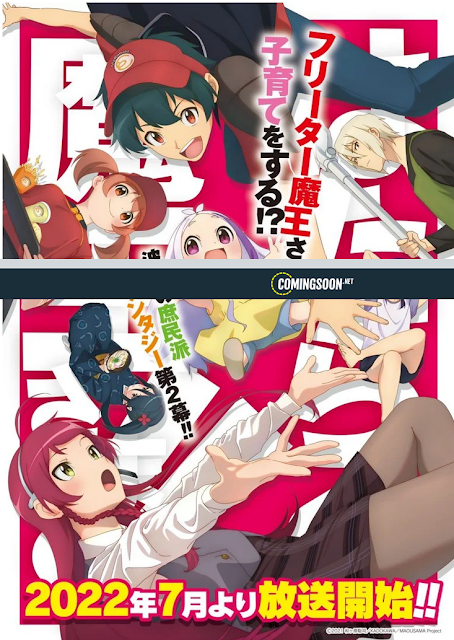 The Devil is a Part-Timer!! Season 2
The Demon Lord Satan seeks to conquer the world of Ente Isla by annexing its four continents with the help of his demon generals Alciel, Lucifer, Malacoda, and Adramelech. After being confronted by the hero Emilia and her companions, after they had killed Malacoda and Adramelech, Satan and Alciel escape the world of Ente Isla through a gate to modern Tokyo, Japan. However, due to the lack of magic in the modern contemporary world, both Satan and Alciel change into forms representing what they would look like if they were human. In order to survive, Satan takes a part-time job in a fast food restaurant named MgRonald's, while Alciel serves as his houseman. One day, Satan, who now goes by Sadao Maō, meets a girl who is actually Emilia in the form of Emi Yusa. The story then unfolds and explores the personalities of each of the characters and their moral values. More characters show up from Ente Isla and they too face the new world dilemmas, often comically.
▶ Watch the Trailer
The highly anticipated second season of the anime The Devil is a Part-Timer! will release in July 2022, according to a new trailer for the series.
Posted by anim8trix at 12:00 AM