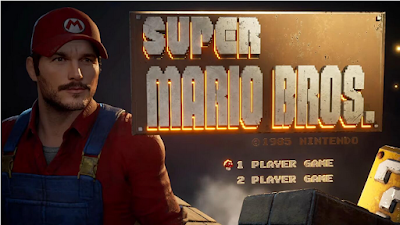 Super Mario Remake starring Chris Pratt
"I'm creating a Realistic Super Mario Brothers Remake with Chris Pratt as Mario! This is the EPIC Trailer for the first major update. I am a life long Nintendo fan, and I'm very excited for the Super Mario animated movie from Illumination and Nintendo! So, I decided to make some sort of fan project while we're all waiting for a trailer. But, then I started to wonder what it would look like if Chris Pratt, Charlie Day, Anya Taylor-Joy, Jack Black, and Keegan-Michael Key, were actually these characters in a realistic mushroom Kingdom. That seemed like an incredibly fun idea, and that's why I'm attempting to make this game. With zero game development experience, I'm learning unreal engine from scratch and picking up any other skills that I can along the way, in an effort to make this a legitimately great action game!"
-  Re-Imagined Games
▶ Watch the Trailer
Posted by anim8trix at 12:00 AM