A New Halloween Classic is Born! 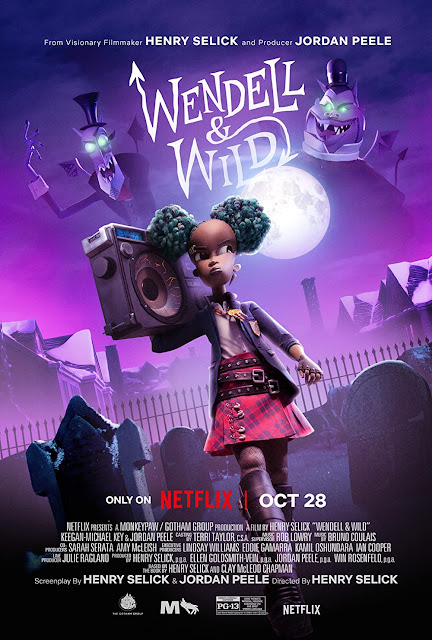 WENDELL & WILD
Director, Henry Selick (The Nightmare Before Christmas and Coraline) and producer Jordan Peele (Nope, Us, Get Out) team up to bring us a phantasmic thrill ride in the new stop-animation feature, Wendell & Wild. The titular characters, a pair of demon brothers played by comedy icons Key & Peele trick troubled teen, Kat Elliott (Lyric Ross), into bringing them from the underworld into the land of the living and mayhem ensues. Watch Wendell & Wild and its all-star cast including Angela Bassett, James Hong, and Ving Rhames, only on Netflix, October 28.
▶ Watch the Trailer
Posted by anim8trix at 12:00 AM