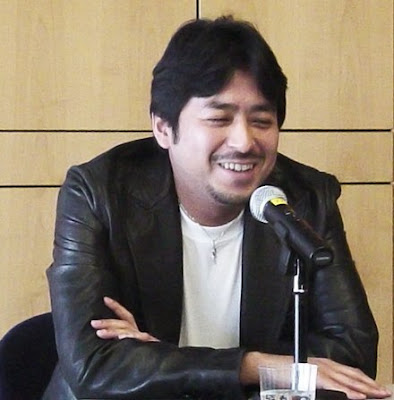 Army Soldier Reveals How
Yu-Gi-Oh Creator Really Died
Kazuki Takahashi (born October 4, 1961 – died July 4, 2022) was a Japanese manga artist. He made his serial manga debut in 1986, and is best known as the author of Yu-Gi-Oh!, published in Weekly Shōnen Jump from 1996 to 2004. The manga spawned a popular trading card game of the same name, which holds the Guinness World Record for the best-selling trading card game to date.
On July 6, 2022, Takahashi was found dead in the water 300 meters (980 ft) off the shore of Nago, Okinawa, by Japan Coast Guard officers following a civilian report from a passing boat. He was found wearing snorkeling gear, and his cause of death was determined to be drowning. On October 11, the American military newspaper Stars and Stripes reported that Takahashi had died in the afternoon of July 4 while assisting in the rescue of three others who were caught in a rip current.
Posted by anim8trix at 12:00 AM