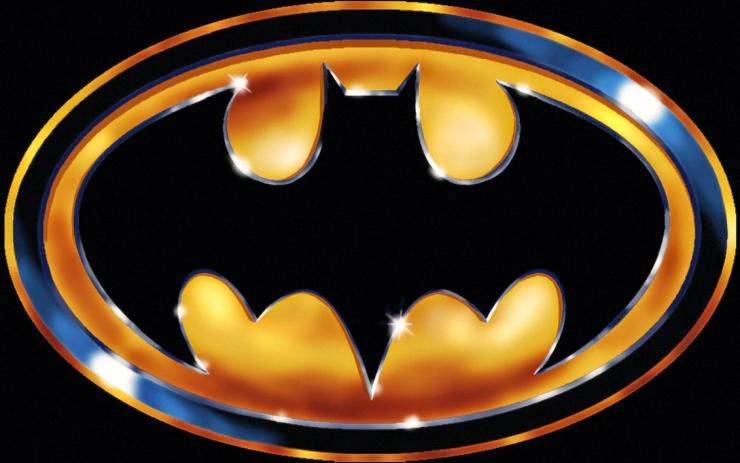 The film that changed comic-book
movies... and Hollywood forever
[Source: blastr.com] Today (June 23) is the 25th anniversary of the release of Batman, the 1989 film directed by Tim Burton that arguably paved the way for the modern era of comic-book movies. Starring Michael Keaton (Batman/Bruce Wayne), Jack Nicholson (the Joker), Kim Basinger (Vicki Vale), Michael Gough (Alfred) and Pat Hingle (Commissioner Gordon), the movie was a blockbuster success that changed the way both Hollywood and the general public viewed superheroes and movies based on their comic-book exploits.

Batman was the first movie to be based on a popular comic-book superhero since the Superman series petered out in 1987 with the all-but-unwatchable Superman IV: The Quest for Peace, and the first to become a monster hit since the first two entries in that series, Superman (1978) and Superman II (1981). But whereas even those two films tended to veer a little more toward camp -- a hangover from the days of the Batman TV series that ran for three years on ABC -- Burton's Batman was the first film to take its hero seriously and attempt to portray his twisted, obsessive psychology. It also presented the Caped Crusader's iconic nemesis, the Joker, as something deadlier than a buffoon, and made Gotham City itself into a character of sorts.

Batman was far from a perfect film -- it has major script problems, for one thing -- but its effect on Hollywood and the way that movies based on comic books were made was profound. Although it would take a decade-plus before those effects were fully felt -- with the arrival of films like X-Men (2000) and Spider-Man (2002) -- Batman was a turning point in many ways. Here are 10 of them (complete with memorable lines from the film) ... 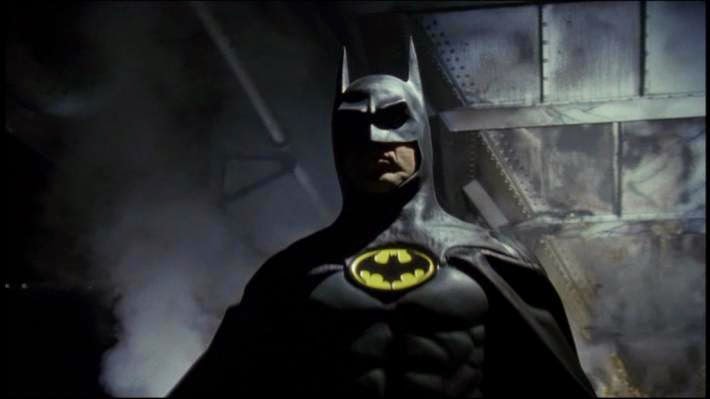 1. "My life is really...complex.": Until Batman came along, the general public mainly knew the character through the campy version essayed by Adam West in ill-fitting tights on the 1966 Batman TV series. In the intervening years, the character had become progressively darker in the comics, culminating in the double whammy of Frank Miller's gritty, dystopian The Dark Knight Returns (1986) and Alan Moore's disturbing The Killing Joke (1988). The 1989 movie took its cue from those books and others, dropping the juvenile attitude and turning the Caped Crusader into the noirish figure that's been the template for the character on screen ever since. 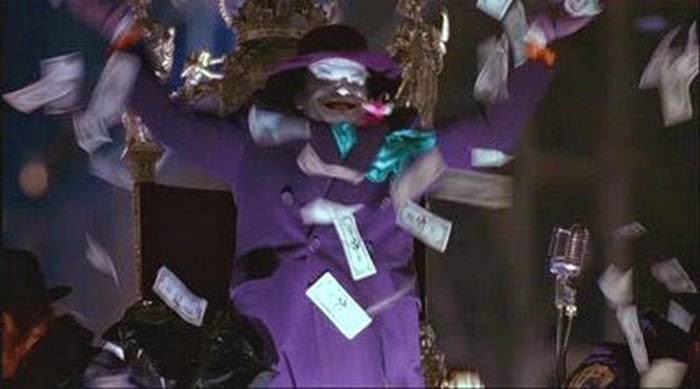 2. "Money, money, money.": Although the first couple Superman movies starring Christopher Reeve had done well at the box office a decade earlier, Hollywood didn't believe that superhero comic books were a lucrative enough genre to mine. Batman showed how wrong they were, setting an opening weekend record with a three-day haul of more thn $43 million and becoming the first movie to reach $100 million at the box office in 10 days. It ended up with a worldwide box office total of $411 million -- the highest grossing film based on a DC comic book property until, appropriately enough, 2008's The Dark Knight. 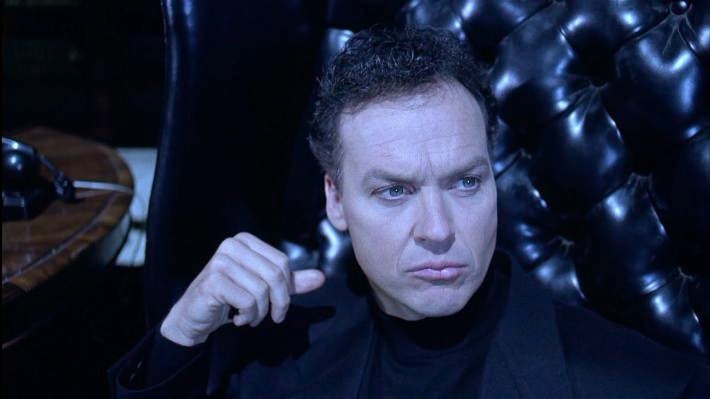 3."I'm Batman.": The announcement that Michael Keaton had won the coveted dual role of Bruce Wayne and Batman was greeted with shock and skepticism among fans. After all, Keaton was primarily known for his comedic roles, leading many to believe that Burton would pursue a humorous vision similar to the TV series. But the director's hunch on his star was correct, as Keaton delivered a brooding, tortured performance worthy of the role. Casting against expectations continues to this day, with sterling examples such as Robert Downey Jr. as Tony Stark and Heath Ledger as the Joker. 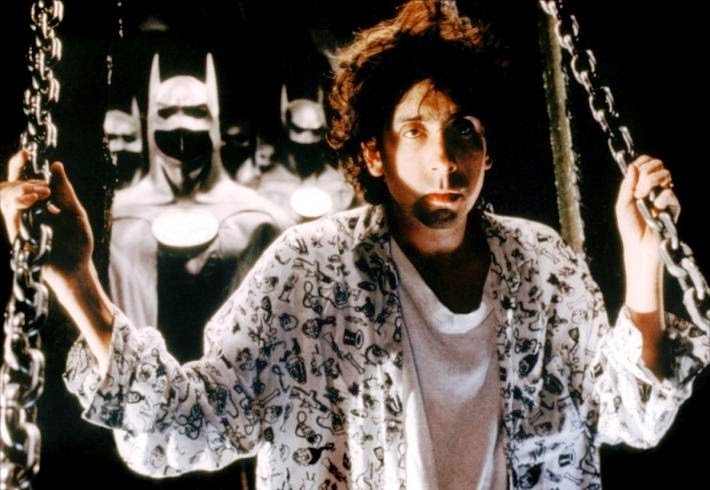 4. "I make art until someone dies.": Just as the casting of Michael Keaton proved controversial, so did the hiring of Tim Burton to direct. With just two quirky comedies under his belt, Burton hardly seemed like the right person to bring a massive superhero tentpole to the screen. But his vision was one of the keys to Batman's success and put a format into place that many comic book movies have followed since. He was also the first in a long line of unusual directing choices, ranging from Jon Favreau (Iron Man) to the Russo Brothers (Captain America: The Winter Soldier). 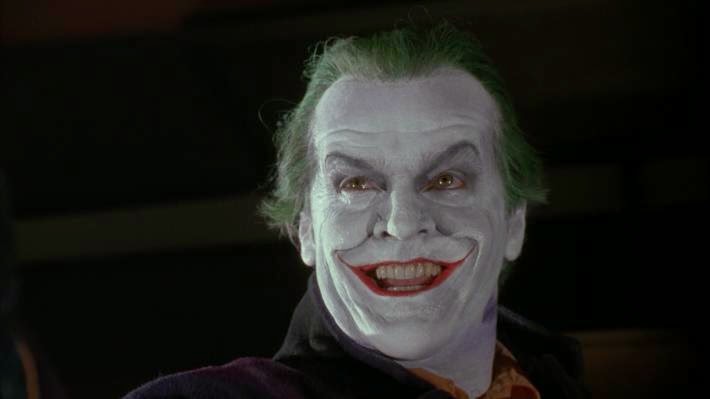 5. "Wait 'til they get a load of me.": Jack Nicholson may have earned top billing in Batman thanks to his iconic Hollywood status, but his portrayal of the Joker also dominated the film. Over the top, chewing scenery like Godzilla rampaging through downtown Tokyo, killing people at random and hysterically laughing through it all, Nicholson set the gold standard for almost all future film supervillains, including Heath Ledger's own demonic take on the same character 19 years later. From Jim Carrey's Riddler to Willem Dafoe's Green Goblin to Michael Shannon's General Zod, the bad guys of the superhero movie genre all owe something to Jack. 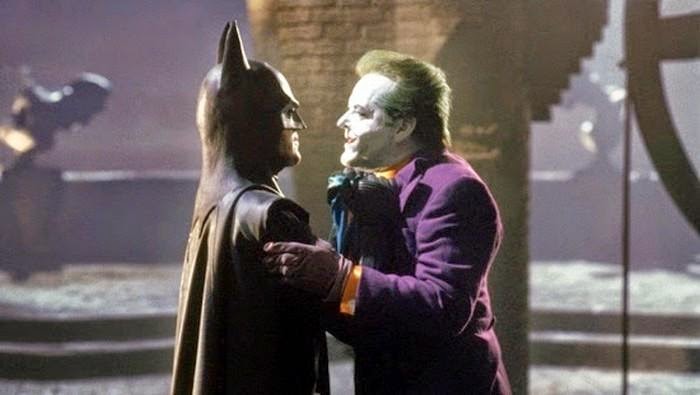 6. "I made you, you made me first.": Did you know that the Joker, when he was known as thug Jack Napier, killed Bruce Wayne's parents and sowed the seeds of the Batman? Neither did we. Batman played things a little fast and loose with both the Caped Crusader's origin story and that of his arch-enemy -- and while diehard fans bristled at the retcon, it didn't seem to hurt the box office one bit. Batman showed that filmmakers could take liberties with the source material and get away with it, and while it's a bit more difficult to do that in the age of the Internet and instant fan protests, it still happens on a regular basis (see the entire X-Men franchise). 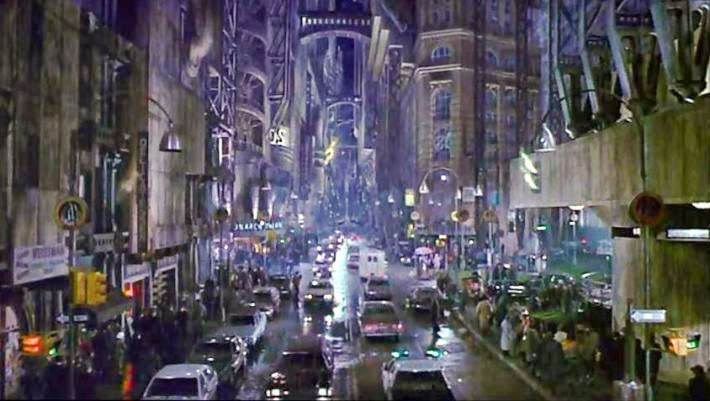 7. "Gotham City. Always brings a smile to my face.": When Superman was released in 1978, it was clear for all to see that Metropolis was nothing more than a barely disguised New York City. Burton and the late, brilliant production designer Anton Furst took things in the other direction with Batman, creating a wholly fictional, heavily stylized Gotham City that brooded over its inhabitants like a living, breathing, crouching colossus. The city as a character -- real or otherwise -- has been part of the superhero genre ever since. 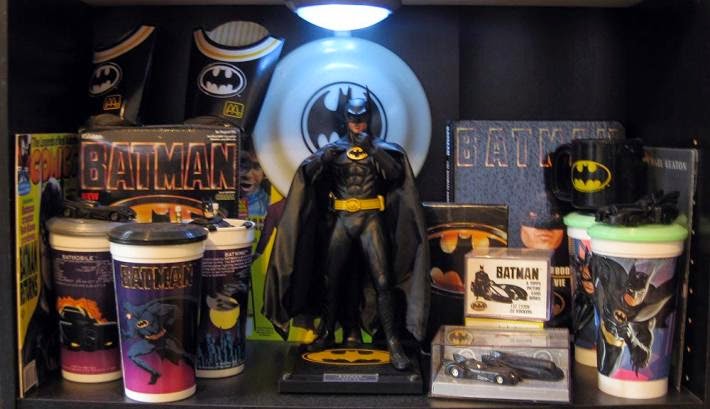 8. "Where does he get those wonderful toys?": The arrival of Batman launched a marketing and merchandising blitz not seen since the peak of Star Wars, which didn't even roll out its toys and such until months after the movie came out. But for months before the release of Batman, as "Batmania" swept the nation, the studio and its merchandising partners capitalized on that with an endless barrage of toys, action figures, costumes, games and other paraphernalia. Before all was said and done, some $750 million in Bat-junk was sold -- opening the floodgates for merchandizing blitzkriegs ever since. 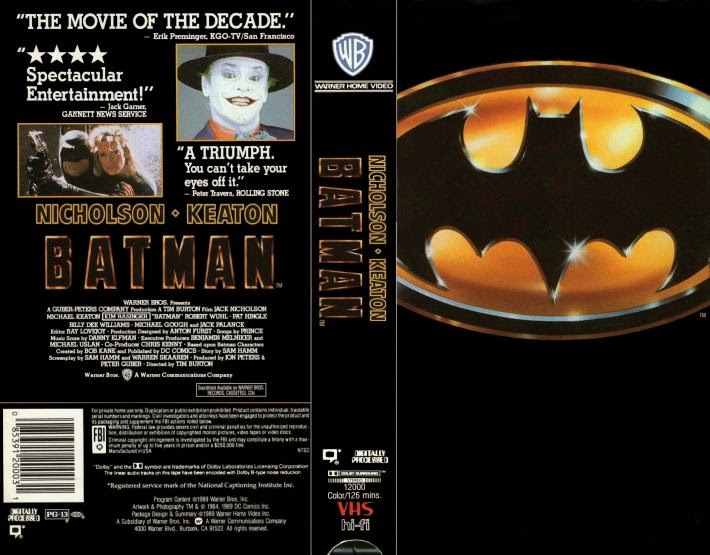 9. "Have you shipped a million of those things?": Batman was released on home video (just quaint little VHS at that point) in November 1989 -- just five short months after it came out in theaters. This was virtually unheard of at the time, with most films on video going the rental route for months (if not a year) before showing up priced to buy. Wanting to sieze on the movie's momentum, however, Warner Bros. got it out on videocassette in time for Christmas. Although it was not the massive seller the studio expected, Batman changed the landscape irrevocably for movies making the jump from the big screen to the small one. 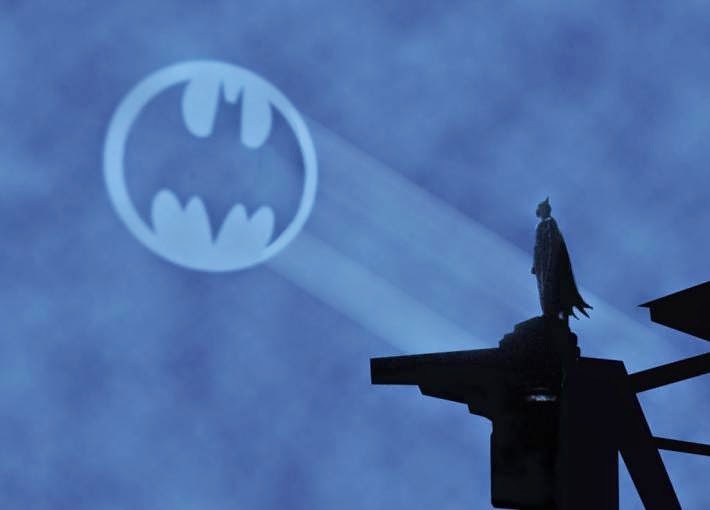 10. "It's not exactly a normal world, is it?": Batman didn't just make the superhero movie a lucrative option for Hollywood -- it was really the prototype for the pre-branded, pre-sold, pre-marketed modern blockbuster. Sure, Star Wars and Jaws created the "summer tentpole," but Batman was based on a pre-existing property -- and 25 years later, Hollywood is almost all about pre-existing properties. Rarely will a movie get the green light if it's not connected to a comic, a best seller, a TV show or an earlier film. The success of Batman also led to the acclaimed Batman: The Animated Series, which itself was the launching pad of the DC Animated Universe -- with the shared universe concept now consuming movie franchises at every turn. The world of film today may not be a normal one, but Batman played a major role in inventing it.
Posted by anim8trix at 12:00 AM