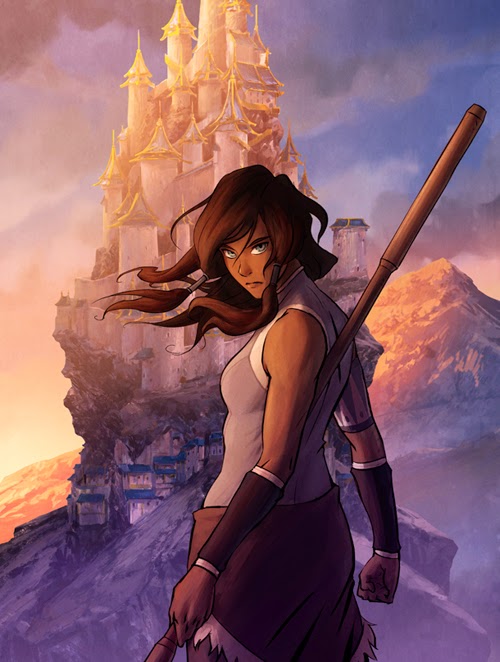 The Legend of Korra
Book Three: Change
Debuts on Friday, June 27th at 7pm on Nickelodeon. You’ll get a ton of Korra that night, as the first two episodes of Book Three air from 7pm-8pm ET/PT, followed by a special bonus presentation of the third episode of Book Three, “The Earth Queen", at 8pm.*

There will then be a break for the Fourth of July holiday, before new episodes resume in the show’s regular timeslot, Fridays at 8pm, beginning July 11th.

“A Breath of Fresh Air”: After the events of Harmonic Convergence, Avatar Korra discovers that her decision to leave the spirit portals open has unexpected consequences. Wild spirit vines have overgrown Republic City and Airbenders are suddenly popping up across the four nations.

“Rebirth of a Nation”: Korra, Tenzin and Team Avatar search for new Airbenders in an effort to recruit them and rebuild the Air Nation. Meanwhile, a band of sinister criminals are organizing to hunt down the Avatar themselves.

If you're looking to catch up on The Legend of Korra, or just watch the awesomeness again, you can see all of the previous episodes, for free, for a limited time at Nick.com. Special interviews and exclusive content are also available to see there as well.
Posted by anim8trix at 12:00 AM