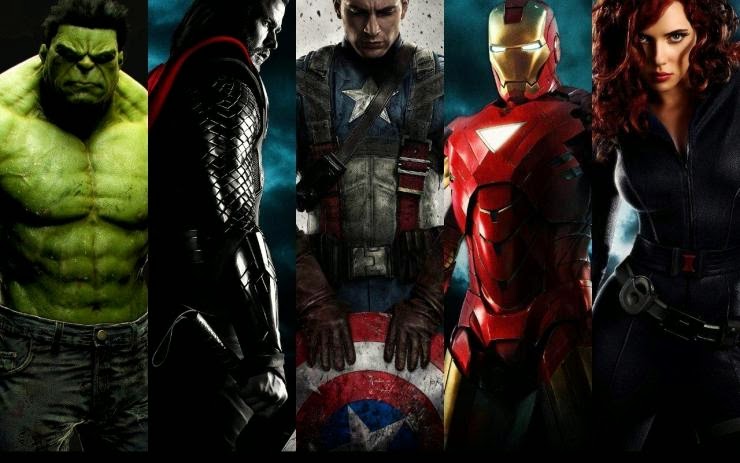 [Source: blastr.com] Some new set footage from Avengers: Age of Ultron has leaked out, showing what looks to be a full scene between Captain America (Chris Evans) and Thor (Chris Hemsworth) — plus a fresh crop of trainees?

The scene appears to show Thor and Cap walking and talking, until Thor lifts Mjolnir in the sky and summons up some lightning — or at least summons up some flashy lights. We’d think the lightning will actually be added in post-production for safety reasons.

There’s also another interesting tidbit via the team of soldiers doing training in the background of the scene, which could certainly be one of the first post-Winter Soldier squads to join Earth's Mightiest Heroes in their quest for good. But are these guys the new-look S.H.I.E.L.D. or something else entirely via Stark Industries (i.e. that rumored Avengers academy?)
Posted by anim8trix at 12:00 AM