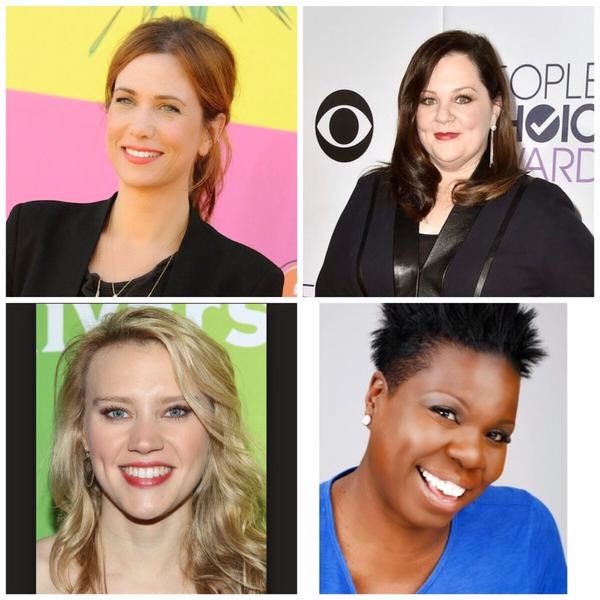 Tweeted by director Paul Feig, telling us that all-female cast of GHOSTBUSTERS will be:

Here are character descriptions for the four protagonists. There's Erin, a parapsychology professor at Columbia, much the same way the original three guys were in GB 1. She used to work with Abby, who, at the time the story begins, has been hunting ghosts on her own alongside a partner named Jillian. Then there's Patty, an MTA worker who, by happenstance, comes across the main ghost the other three GBers are pursuing. It's possible Wiig will play Erin, Jones as Abby, McKinnon as Jillian, and McCarthy as Patty, though there's a chance that Jones and McCarthy's roles will be switched.

Even bigger than that is who Feig wants for the contemporary Walter Peck, the computer nerd dead-set on revealing the GHOSTBUSTERS efforts as a hoax: Peter Venkman himself, Bill Murray.