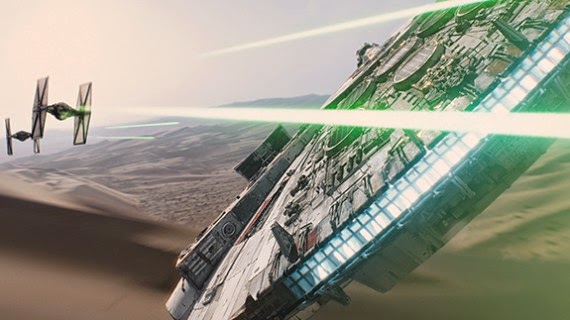 [Source: CBR.com] Confirming what many have long assumed, Disney CEO Bob Iger has announced the studio is targeting a 2017 release for Star Wars: Episode VIII, followed in 2019 by Episode IX.

The official word arrived in Disney’s annual report, a copy of which was received by Get Your Geek On’s David Gremillion, who’s a stockholder.

“As one of the few people allowed to visit the set during filming … and one of the fewer who’s seen most of the footage … I can assure the millions of Star Wars fans who have spent the last decade hoping for a new movie this one will be worth the wait,” Iger wrote. “And it’s only the beginning of a new era of exceptional Star Wars storytelling; next year we’ll release our first standalone movie based on these characters, followed by Star Wars: Episode VIII in 2017, and we’ll finish this trilogy with Episode IX in 2019.”

In April 2013, it was revealed that Disney planned to release a Star Wars film every year over roughly a six-year period, alternating between trilogy entries and spinoffs. As Iger referred to these films as “this trilogy,” it may imply another trilogy is in the works (which certainly wouldn’t be a surprise).

Before we get to all of those other films, however, J.J. Abrams’ Star Wars: The Force Awakens hits theaters on Dec. 18.
Posted by anim8trix at 12:00 AM