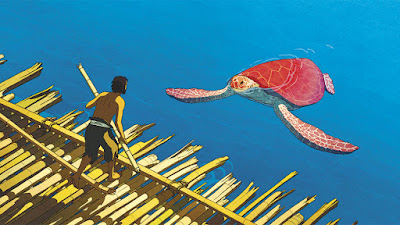 Kiyofumi Nakajima Appointed
as Studio Ghilbi President
[Source: Variety] Japanese anime powerhouse, Studio Ghilbi has appointed a new president, Kiyofumi Nakajima, who was director of the Ghibli Museum in Mitaka, Tokyo since 2005. He replaces Koji Hoshino, who moves into the chairman spot after serving as Ghilbi president since 2008.

As president Nakajima is in charge of the studio’s business side, including the construction of a projected theme park in Aichi Prefecture in Western Japan. Studio co-founder Toshio Suzuki will continue to serve as head of production, focusing on the new Hayao Miyazaki film now in the works. Titled “Kimi-tachi wa Do Ikiru ka” (literally, How Do You Live?), it officially started production in October with a completion date set some time in the next three or four years.
Posted by anim8trix at 12:00 AM