Teaser for the Jurassic Park Sequel 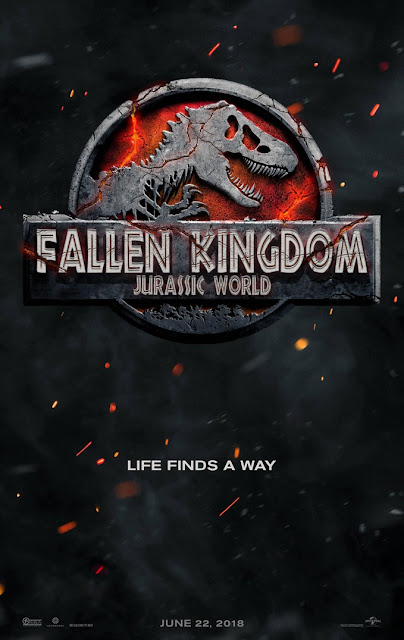 Jurassic World: Fallen Kingdom
Chris Pratt, Bryce Dallas Howard, and B. D. Wong will reprise their roles from the preceding movie Jurassic World and are joined by newcomers Toby Jones, Rafe Spall, Justice Smith, Daniella Pineda, Ted Levine, Geraldine Chaplin, and James Cromwell; additionally, Jeff Goldblum will reprise his role as Dr. Ian Malcolm from the original film and its 1997 sequel. Universal Pictures has scheduled the film for release in the United States on June 22, 2018.
Posted by anim8trix at 12:00 AM