'Final Space' is Being Unjustly Erased! 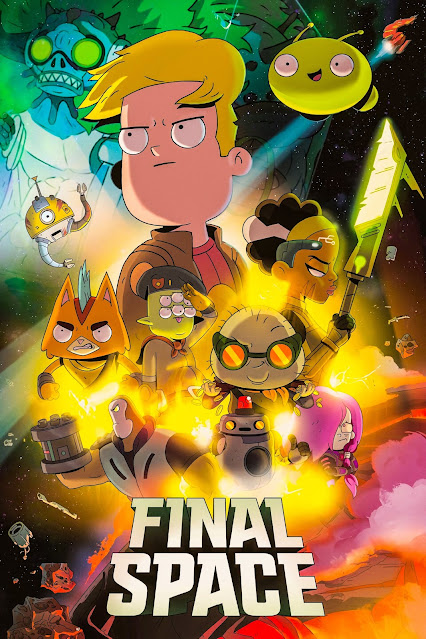 FINAL SPACE Deserved Better
It’s time to talk about a Gem of a show that got axed before its amazing story got concluded. And that show is Olan Rogers’ FINAL SPACE. We're extremely sad to see it go, but we're holding out for it to come back.
▶ Watch the Video
In the midst of working off a prison sentence, an astronaut named Gary meets mysterious, planet-destroying alien Mooncake, with whom he immediately bonds. But Gary doesn't realize that his new sidekick is actually in demand by the sinister Lord Commander, who will do all he can to secure Mooncake's untapped evil powers. This animated intergalactic comedy follows Gary and Mooncake's adventures to unlock the mystery of "Final Space," where the universe ends.
Posted by anim8trix at 12:00 AM