Robbie Coltrane Passes Away at Age 72 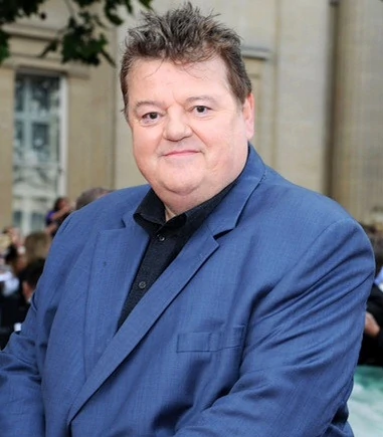 ROBBIE COLTRANE
(March 30, 1950 - October 14, 2022)
Actor who played Hagrid Dies at 72
Anthony Robert McMillan, known professionally as Robbie Coltrane, was a Scottish actor and comedian. He gained worldwide recognition as Rubeus Hagrid in the Harry Potter film series (2001–2011), and as Valentin Dmitrovich Zukovsky in the James Bond films GoldenEye (1995) and The World Is Not Enough (1999). He was appointed an OBE in the 2006 New Year Honours by Queen Elizabeth II for his services to drama. In 1990, Coltrane received the Evening Standard British Film Award – Peter Sellers Award for Comedy. In 2011, he was honoured for his "outstanding contribution" to film at the British Academy Scotland Awards.

Coltrane started his career appearing alongside Hugh Laurie, Stephen Fry, and Emma Thompson in the sketch series Alfresco (1983–1984). In 1987, he starred in the BBC miniseries Tutti Frutti alongside Thompson, for which he received his first British Academy Television Award for Best Actor nomination. Coltrane then gained national prominence starring as criminal psychologist Dr. Eddie "Fitz" Fitzgerald in the ITV television series Cracker (1993–2006), a role which saw him receive the British Academy Television Award for Best Actor in three consecutive years (1994 to 1996). In 2006, Coltrane came eleventh in ITV's poll of TV's 50 Greatest Stars, voted by the public. In 2016 he starred in the four-part Channel 4 series National Treasure alongside Julie Walters, a role for which he received a British Academy Television Award nomination.