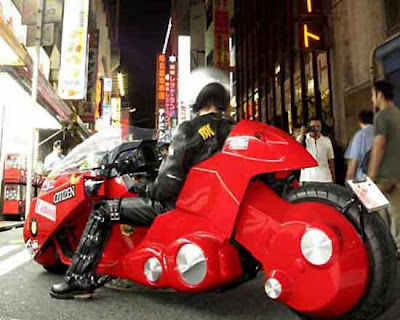 A-list Hollywood actor Leonardo DiCaprio is going to produce his first feature movie, and he's going to do it in style. DiCaprio is planning to make a movie out of the very popular Japanese manga movie, Akira.

The 1988 Akira animation became famous because of it's very futuristic motorcycle, the symbol of the movie.

The original Akira was set postapocalyptic New Tokyo, 2019. The plot goes like this: Kaneda is a bike gang leader whose close friend Tetsuo gets involved in a government secret project known as Akira. On his way to save Tetsuo, Kaneda runs into a group of anti-government activist, greedy politicians, irresponsible scientists and a powerful military leader. The confrontation sparks off Tetsuo's supernatural power leading to bloody death, a coup attempt and the final battle in Tokyo Olympiad where Akira's secrets were buried 30 years ago.

DiCaprio may film the movie into two parts, so expect a sequel. It will be set in "New Manhattan", a city rebuilt by Japan.

On the Akira motorcycle front, the bike is so popular, that recently someone made a real replica of it, and it looks pretty good. [Source: Motorbiker.org]
Posted by anim8trix at 2:14 PM