Losers director confirms he may do Robotech 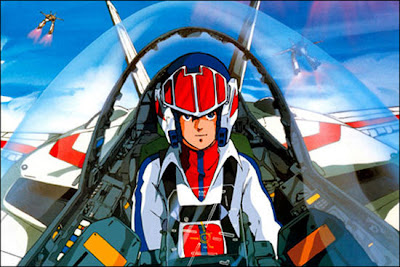 French-American director Sylvain White—whose movie The Losers opens on April 23—confirmed that he's interested in doing a feature-film version of Robotech, the 1980s animated sci-fi TV series, but added that there's no deal in place.

"Well, it's not a project that's greenlit, so you know, ... It's a great cult series. When it came out, I actually saw it in France, growing up. I saw it in French. It's a pretty amazing cartoon. And I'm hoping it's going to come to fruition. I read a draft that's really good. ... I'm interested in doing it, but the project is not fast tracked or anything like that, so there's no official thing. There's no deal. ... They sent me a draft. I liked it. It's a work in progress."

Tobey Maguire is producing the live-action Robotech movie. Various writers—including Smallville's Miles Millar and Alfred Gough, as well as Raiders of the Lost Ark's Lawrence Kasdan—have been attached to the script. We'll keep you up to date on any developments. [Source: SciFi.com]
Posted by anim8trix at 6:25 AM