Hiro Arikawa's novel series is set in a future version of Japan. A law threatens to clamp down on freedom of expression in 2019, and Iku joins the Library Defense Force, a military unit dedicated to protecting books from being confiscated. However, she finds that the job of her childhood dreams is harder than she bargained for, especially with her hard-nosed instructor Atsushi. The novel series' six volumes have more than 2.8 million copies in print. They already inspired two manga series (one in the shōjo magazine LaLa, and another in the male-oriented Monthly Comic Dengeki Daioh), a television anime series, and this year's anime film Toshokan Sensō: Kakumei no Tsubasa (Library War: The Wings of Revolution). The live-action film will open throughout Japan on April 27. 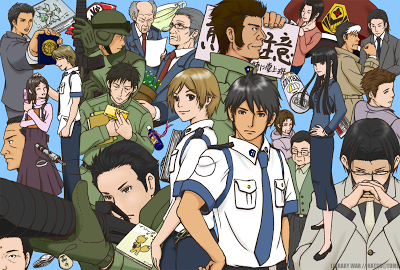