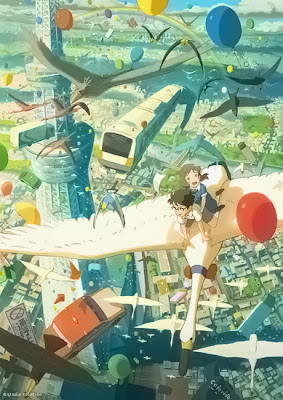 [Source: AnimeNewsNetwork] Animator Hiroyasu Ishida ("Fumiko's Confession") posted the new one-minute long version of the trailer for his latest short, "Hinata no Aoshigure," on Sunday. This "cute love story" follows a fourth-grade boy named Hinata (played by rookie voice actress Anju Inami) as he tries to convey his feelings to his popular classmate Shigure (Saori Hayami). Ishida is both writer and director of the "Hinata no Aoshigure" anime.


Ishida is a former animation student who created a worldwide online hit with his "Fumiko's Confession" ("Fumiko no Kokuhaku") anime short. Ishida studied in the Animation department at Kyoto Seika University's famed Faculty of Manga. After "Fumiko's Confession," Ishida worked for at least two years with fellow student Shogo Yoshida on the "rain town" anime short as his graduation project. "Rain town" eventually won the grand prize in the 9th Independent Animation Festival (Indies Anime Festa) at Mitaka, Japan in 2011, marking the second year in a row that Ishida won the grand prize; he won in 2010 for "Fumiko's Confession." "Rain town" also won the Excellence Award, STUDIO4℃ Award, and the Ghibli Museum Award at the 7th Kichijoji Animation Film Festival in 2011. 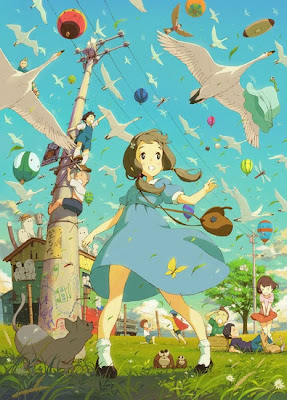 Images © Studio Colorido
Posted by anim8trix at 12:00 AM