See for yourself the reason why humans and elves are locked in a never-ending war: the hallowed Stick of Truth. This is the epic quest to become... cool.

[Source: Forbes.com by Paul Tassi] Game delays are never fun, but they’re practically as commonplace as breathing in today’s market. And since South Park: The Stick of Truth being pushed back from December to March 2014 isn’t going to upset any next-gen console launches, most fans probably won’t mind. 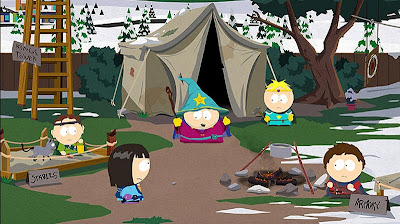 In an Ubisoft blog, Matt Parker and Trey Stone had this to say about the delay of their RPG:

“We always wanted the game to feel like you’re actually in an episode of South Park. Getting the game up to the crappy standards of the show has been a real challenge and we’re excited to say it’s taken way longer than we thought it would.”

Part of this delay comes from all the drama surrounding the shutdown of THQ, which surely managed to screw up a few schedules during development and already caused the game to be pushed back once. It was originally supposed to be slated for the second half of 2012, but after the acquisition Ubisoft said the game had to be “turned upside down” to deliver the experience fans wanted. Now it joins Watch Dogs as another one of their delayed titles. 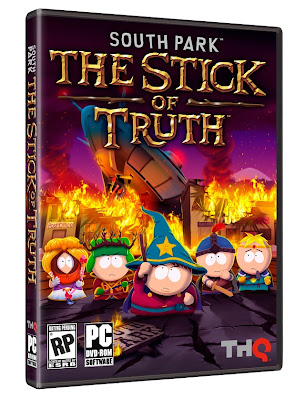 But to soften the blow of the bad news, Ubisoft has released a new seven minute demo of the game in action. The goal was to make it feel as much like an episode of South Park as possible, and for at least the first few minutes, that’s exactly what it looks like. Once the fights start, it’s certainly clear it’s a video game, but I think they’ve done a great job keeping with the tone of the show, even during battles. You’ll see what I mean as Butters and “New Kid” battle the minions of Jimmy the Bard.

I will say that it’s rather weird to have this “New Kid” be a mute protagonist when South Park is all about the voicework. It’s not an FPS where the game can make a silent lead so you just put yourself in the hero’s shoes. Rather, this is a very visible character onscreen at all times, and I can’t quite figure out the purpose in making him a blank slate. Perhaps I haven’t seen enough footage to understand the idea behind the decision, or maybe there’s some big payoff in the future, but it does strike me as odd.

Watch the new footage below:
Posted by anim8trix at 12:00 AM