The Lucasfilm produced series, which originally aired on the Cartoon Network before it was surprisingly canceled last year, ran for nearly five years. Netflix will also include, in addition to the final season, all episodes from the previous five seasons.

[By Michael Sheridan / NEW YORK DAILY NEWS] Netflix will air the final, unaired 13 episodes of ‘Star Wars: The Clone Wars,’ starting March 7. Among the episodes will include a story focusing on Yoda as he investigates the mysterious disappearance of a Jedi.

The Force is strong with Netflix.

The online streaming website has scored a big win, and nabbed the unaired sixth and final season of the canceled yet popular animated series “Star Wars: The Clone Wars.”

The 13-episodes will debut exclusively on Netflix March 7.

In addition to the final 13 episodes, Netflix will also feature all five previous seasons of the popular ‘Star Wars: The Clone Wars.’

“Star Wars is one of the most iconic franchises of all time and this series joins a long line of Disney content that Netflix members are and will continue to enjoy for years to come,” said Ted Sarandos, Netflix chief content officer, in a press release.

The final episodes, which initially were only going to air in Germany starting later this month, will be joined by all the previous seasons of the acclaimed series which originally aired on Cartoon Network.

It first debuted as a motion picture in 2008.

The series was canceled last year after Lucasfilm, the company that produced the show, was bought by the Walt Disney Company.

Not only will Netflix include seasons one through five, there will be many extended director's cut episodes.

The deal is just the latest to come out of the partnership between Netflix and Disney, which now owns the wildly popular Star Wars franchise. The online streaming website already features a slew of Disney films. Plus, next year it will debut several original series based on Marvel comics characters, which is also owned by Disney.
A new animated series, “Star Wars: Rebels,” is also set to debut later this year. It will air on the Disney channel starting this fall. 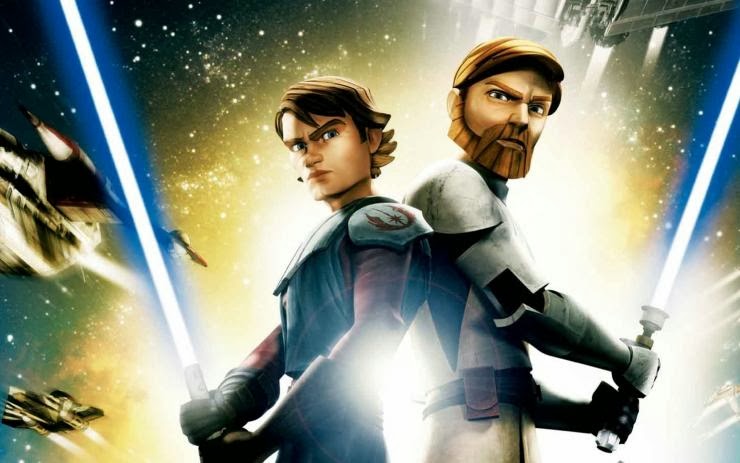 [Source: Blastr.com] We’ve been waiting to find out what might happen to those “lost” episodes of Star Wars: Clone Wars, and now it sounds like fans really will get a happy ending.

Netflix has announced a new deal with Disney to stream the entire series, including the mythical sixth season that was in the works when the Mouse House pulled the plug in favor of Star Wars: Rebels. So get ready, Clone Wars fans, because 13 episodes worth of “The Lost Missions” are set to debut on March 7.

In these eagerly anticipated episodes of Star Wars: The Clone Wars, some of the deepest mysteries of the conflict between the light and the dark sides of the Force are revealed. An intrepid clone trooper discovers a shocking secret, Anakin Skywalker’s closest relationship is tested to its limits and what Master Yoda discovers while investigating the disappearance of a Jedi could forever change the balance of power in the galaxy.

It’s easily the best resolution fans could hope for, and it definitely beats the alternative of having these episodes languish on a server somewhere and never see the light of day. It’s also a savvy move by Disney to leverage some buzz out of Clone Wars as they get ready to launch Rebels and the new sequels.

On another note, this is yet another big deal between Disney and Netflix, joining that massive deal for some new Marvel spinoff series. Disney definitely seems to be a fan of the Netflix model, and we're curious to see what else might come out of that partnership in the future.

This will mark the first time the entire run of Clone Wars has been available for streaming on Netflix, and it’ll help keep some Star Wars momentum running in the doldrums of the next few months.