King Kong is coming to Broadway

And it looks Awesome! 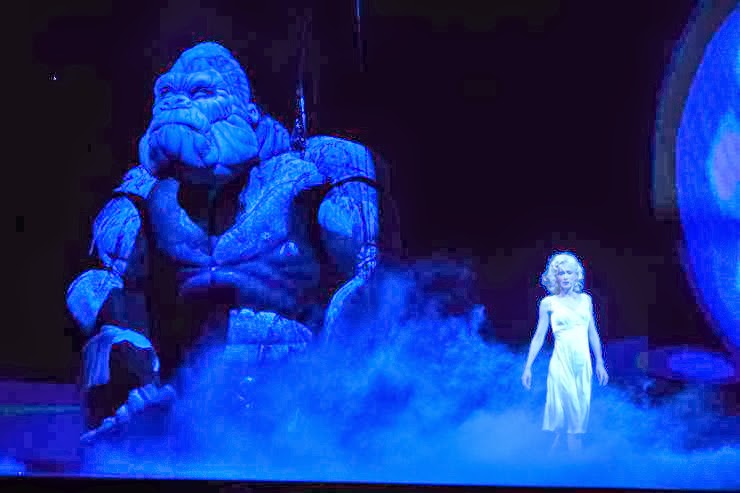 King Kong is coming to Broadway, and it just may be the coolest show we've seen in years.

The show's been playing out in Melbourne at the Regent Theatre with wild success. The enormous Kong puppet requires 13 live operators to make him move. But it's well worth that work, because the result is absolutely breathtaking. But why tell you, when you can get a glimpse for yourself?


The show will arrive in December of this year. If you're not aware of the time, work and money involved in putting up a Broadway show, especially one with such a crazy set piece, that's pretty darn fast.

The show highlights 1930s Broadway tunes like “Get Happy,” “I Wanna Be Loved By You” and “Brother Can You Spare a Dime." But it also features new stuff from more contemporary artists such as Sarah McLachlan, Robert Del Naja, Justice, Guy Garvey and the Avalanches, Michael Mitnick and Stephen Pavlovic.

And the show will be getting revamped for Broadway. Gerry Ryan, one of the show's producers, says, “We’re having to tweak it a little bit, a little bit more music, and polish up the script. We did get a script doctor, try and tighten the show up, for the audience to follow the story a little bit easier."
Posted by anim8trix at 12:00 AM