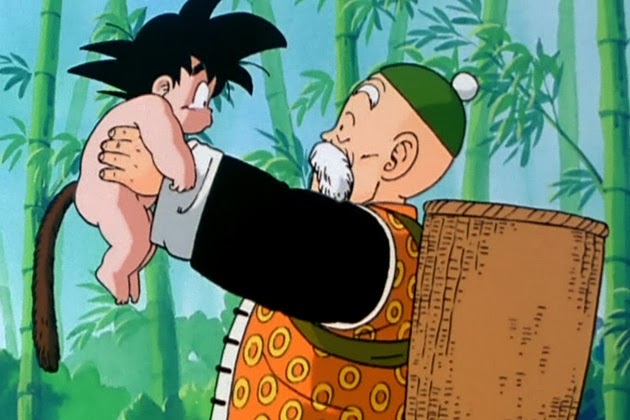 [Source: JEFusion] When Akira Toriyama first introduced Goku in the pages of Dragon Ball, things were simple: He was a monkey-tailed boy from the wilderness who was raised by a martial arts master who wore a magical ball that when you combined it with six others it summoned a dragon for a wish and there was a girl who wanted them and — fine, fine, things weren’t that simple. As time went on and Dragon Ball shifted from a wild adventure comedy to a more straightforward battle manga as Dragon Ball Z, things became even less simple. Goku’s evil brother Raditz showed up on a mission to kill everything on Earth and revealed that he was among the last of a race of alien warriors called Saiyans. That meant Goku’s biological folks were just some dead jerks. In the manga, that was pretty much the end of the story, but the explosive popularity of the anime adaptation led to a movie about his Saiyan dad, Bardock. So who was Goku’s mom? The question’s lingered for nearly 25 years… until now (potential spoilers below).

According to an announcement by Toriyama in Japanese publisher Shueisha’s recent Saikyō Jump #3, Goku’s mother is called Gine. Like all Saiyans, her name is a vegetable pun, which this time around is apparently a play on the Spring Onion known as “Negi.”

According to the announcement, Gine met Bardock while serving on his team of warriors. Bardock was known for saving the lives of his fellow low-ranking soldiers, which was an uncommon act of kindness in a cruel culture. He saved Gine a number of times, leading to a romantic relationship, which was also rare among Saiyans who simply coupled to breed. Since she was not a gifted fighter, she moved on from… warrior-ing?… and spent her remaining days on planet Vegeta working at… a meat distribution center?

Goku’s mother (including her character design) will be fleshed out further in the supplemental material of the collected edition of Toriyama’s Jaco the Galactic Patrolman one-shot in April in Japan. We’ve contacted Viz to see when the material might be headed to North American readers and will update once we get official word.
Posted by anim8trix at 12:00 AM