The video begins with breaking news running on the giant screens at the Hachiko exit of Tokyo's Shibuya station. The contagion of a malignant virus is spreadly rapidly in Japan, but details are scant. The website reveals that the "outbreak" of the project will be coming soon in 2014. 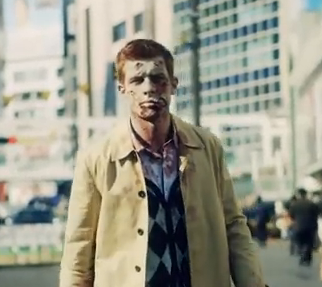 Email ThisBlogThis!Share to TwitterShare to FacebookShare to Pinterest
Labels: zombies