There are Diablo-style RPG's. And then there's Lost Ark.

L  O  S  T     A  R  K
Lost Ark is a Korean-made action-RPG that looks a lot like Blizzard's Diablo 3 - with a ton of stylish visual effects and awesome game play. 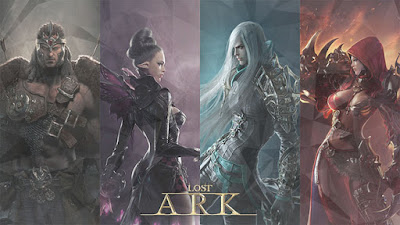 The eight minute video, below, gives us a fantastic indication of what Lost Ark is like. There are mounts, spectacular spells and abilities, beautiful animation and jaw-dropping environments. Classes include Warrior, Fighter, Magician, and Gunner.

It's published by Smilegate, the the Korean company behind the Oliver twins' latest game, SkySaga, and is developed by Tripod Studio.

There's a lot to Lost Ark that borrows alot from Diablo 3, but it's done so well you can't help but wonder about a western release.