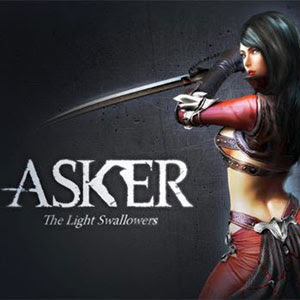 ASKER: The Light Swallowers
Presenting Asker: The Light Swallowers, the frenetic action MMORPG previously known as Project Black Sheep. This game gives Vindictus a run for its money with the use of the Havok physics engine. This video created by Rendermax shows just how amazing the dynamic destructible environment works, the enemy friendly fire, ragdoll physics, and more.


After missing a date for Open Beta in early August, the online game 3D game Asker Online has officially opened gamers in the Korean market. Currently the players are interested can refer to at home games: http://asker.pmang.com/.

As with the other action RPGs, Asker Online focuses on the combat system with spectacular combo chains, interactive environments and even physical effects. Through the trailer, you can see the Asker gameplay mechanics: The Light Swallowers somewhat more realistic than the game of the same genre.