All aboard for 'Train to Busan' anime prequel 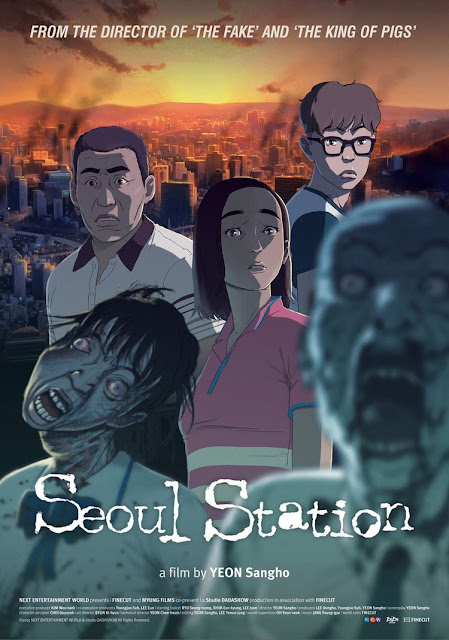 Seoul Station
[Source: Syfy] Fans of Train to Busan rejoice! The Korean zombie movie is getting an animated prequel and we have the first trailer, poster and synopsis to share.
Helmed by acclaimed animator Yeon Sang-ho (The King of Pigs, The Fake), Train to Busan is the first South Korean film to attract over 10 million moviegoers, with a box office intake of $87.5 million in U.S. dollars. Not bad, eh? Not only is the movie getting an English-speaking remake but it's also getting an animated prequel titled Seoul Station (where the events of Train to Busan kick off), and we have the trailer below.
Directed by Yeon Sang-ho himself, Seoul Station will pull into movie theaters on March 17 in the UK before being released on Blu-ray and DVD on April 3 (again in the UK). Still no date for the U.S. release, but the film's rights are being handled by FilmRise. Let's cross our fingers the animated film will debut here sooner rather than later.
In the meanwhile, if you haven't seen Train to Busan yet, I can't recommend it highly enough. The fast-moving zombies were pretty great, and there were a lot of scenes where I was on the edge of my seat. Read up on the official synopsis for Seoul Station before digging into the trailer:
As the sun sets around Seoul Station, an old man thought to have died sinks his teeth into the warm ﬂesh of a homeless person. Soon the streets are ﬁlled with vicious zombies desperate to feed.
Hae-sun, a runaway, witnesses the frightening sight while her father and boyfriend desperately search for her. As the attacked become the attackers, the government declares a lockout of the station, leaving the uninfected to struggle desperately against the dangerous undead. With zombie numbers exploding, people are forced to ﬂee with no place to run to, not knowing if they will survive.
Posted by anim8trix at 12:00 AM